True breaks through third up for Hann 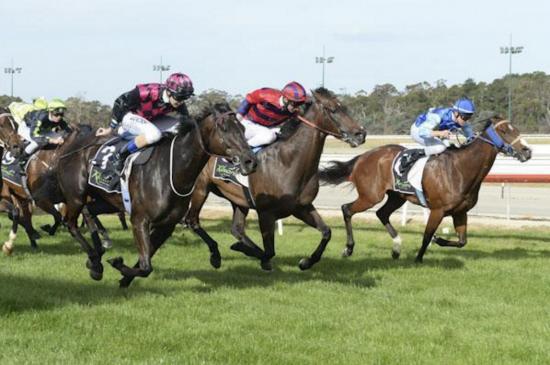 Young trainer Kym Hann snuck another win clear of his rivals in the Bendigo trainers premiership at Kilmore last Sunday, saddling his 12th winner for the season courtesy of Bellman True.

Bellman True was third up after a 45-week break, following his transfer from the Tocumwal stable of Nathan McPherson. The son of Clangalang stepped up after a freshen on the back of placings at Kerang and Kilmore in his first two outings for Hann.

Underrated hoop Jacob Rule took the reins, giving the eight-year-old every chance behind the leaders then taking over and holding off the challenges of race favourite At the Crossing and Bayfury in a blanket finish. The win completed a running double for Rule.

The horse is owned by the Armer family, as is Hann’s smart galloper Hunting Hill, who is close to resuming.

The previous day Hann went close to claiming his second Donald Classic for two-year-olds, having won the 2013 addition with Star Destination.

All About Nicci ran a top race on the back of a solid fourth on debut in the VOBIS Gold Strike over the Warrnambool carnival. She was swamped very late in the piece, finishing a creditable fifth, and looks to have a good race in her shortly.