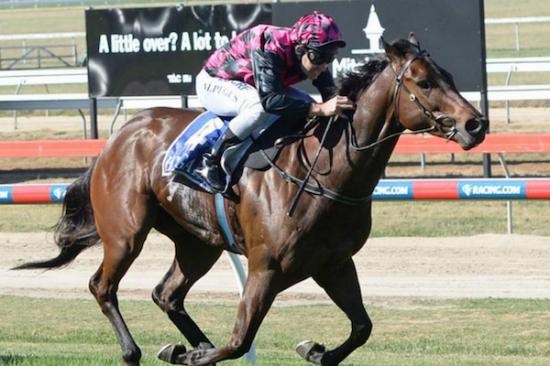 The four-year-old couldn’t have been more impressive in winning his third race from four starts this campaign at Seymour on Sunday.

There are sprint races down the famous Flemington straight that Glenrowan Prince could contest in Melbourne Cup week, but Hann is content to keep his galloper in the country.

“It’s hard to resist going to Flemington, but there’s plenty of good races coming up in the country that are worth good money,’’ Hann said.

“I’m going to step him up to 1200m for a Benchmark 70 on Horsham Cup day which has a VOBIS Gold bonus.

“If everything goes right there we’ll head to the China Bowl at Ararat.

“While he’s going so well, and there’s ratings races there for him in the country that are worth good money, we’re mad not to aim him at them.

“We can always go back to Melbourne with him down the track.”

Glenrowan Prince’s four career wins have come over 1000m and 1100m, but Hann expects the son of Bushranger to be just as competitive over 1200m-1400m.

“This was one of the best wins he’s had, he had to work at both ends of the race,’’ Hann said of the Seymour win.