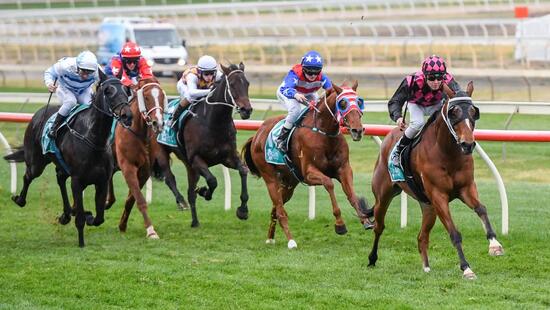 The inability to have crowds on course forced the Elmore Cup to be postponed until August, but it didn't stop Elmore enjoying success at Saturday's Bendigo Jockey Club meeting.

The six-year-old gelding raced up on the pace and put his rivals away at the top of the straight with a strong turn of foot.

Rider Jack Martin eased the gelding down to win by more than two lengths.

"He jumped well, had the perfect run and he was just too good for them,'' Hann said.

The horse was originally trained by Hann before the owners transferred the horse to the Stephen Brown stable in 2020.

Elmore Lad had eight starts for Brown and didn't win a race.

Elmore Lad was returned to Hann and the gelding showed a return to form with a strong second at Wodonga last start.

"They (previous trainer) tried to get him to settle and took the blinkers off and that's not the way to get him to run,'' Hann said.

"You have to hunt him up and get him to lead or sit outside the lead.

"If you hold him up and put him to sleep he becomes a bludger.

"I was worried today that he wouldn't handle the slow track, but he ran well."

Hann said Elmore Lad's next run was likely to be back at Bendigo in a fortnight.

The gelding has five wins and five placings from 31 career starts.