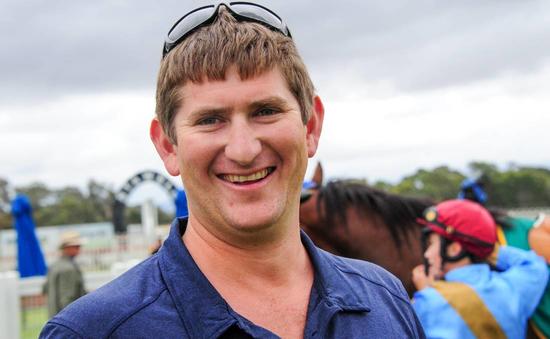 THE former Shaun Dwyer-trained sprinter Miss Leonidas has won the Bendigo Trainers' Association (BTA) horse of the year award for the second time.

Into the awards' 13th year, Dwyer's mare becomes only the second dual winner of the major award, following back-to-back victories to the Kym Hann-trained Glenrowan Prince in 2016-17 and 2017-18.

It was also a fourth horse of the year award win for astute trainer Dwyer, who previously won with Anudjawun in 2010-11 and Villa Verde (2012-13).

A stellar six-run season for Miss Leonidas included her victory in the Group 2 Caulfield Sprint and runner-up performances in the Group 1 Moir Stakes and The Galaxy.

Dwyer's mare retired following her nose second placing to I Am Excited in The Galaxy and was purchased by Cressfield Stud in March to be served by Exceed and Excel.

Often dubbed the 'Bendigo Bullet', Miss Leonidas retired with 19 starts for five victories and $825,050 in prizemoney.

She also claimed the sprinter of the year title for a second-straight season, ahead of fellow finalists Tatunka (Bob Donat) and Diamond Oasis (Patrick Starr).

With mass gatherings prohibited in Victoria due to the COVID-19 pandemic, this year's award winners were announced online on Wednesday afternoon.

In one of the tightest award races, Kym Hann claimed the trainer of the year title with 10 wins, narrowly ahead of Josh Julius (nine) and Bendigo newcomer Jarrod Robinson (eight).

Certain to be a force to be reckoned with in the years ahead, Robinson trained 10 winners in total, with two of those achieved before his late-October move to Bendigo.

Donat, who ended the season with five winners - including three-straight wins to Tatunka during May and June - won the strike rate award with a winning percentage of 16 per cent.

The award is given to the highest performer with 20 or more runners across the season Australia-wide.

A breakout season for Julius did not go unrecognised, with the young trainer claiming the two-year-old title with Piscatorial and the stayers' crown with Melbourne Cup aspirant Super Girl, whose preparation included two wins and a placing in the $320,000 Listed Andrew Ramsden Stakes at Flemington in May.

Shane Fliedner's efforts were rewarded with the gutsy Zoffany gelding Hi Stranger, who was a three-time winner across the season, twice at metropolitan level with another four placings, enough to see him crowned the three-year-old horse of the year.

The most difficult task for judges centered on the middle-distance category, with the Brendon Hearps-trained Vungers eventually getting the nod over a pair of Nick Smart-trained gallopers Single Handed and Silent Command.

In the picnic racing categories, Aileen Vanderfeen claimed the leading trainer award, while Anthony Barber's McGill was crowned horse of the year ahead of Vanderfeen's Danes Ryker.

An emotional victory in the time-honoured Brierly Steeplechase at Warrnmabool landed Smart the jumper of the year award with Getting Leggie.

BTA president Danny Curran reflected on what was a prolific season for Bendigo.

"When you look at it, it hasn't been a bad year especially when you look at the quality of horses there's black-type performers all over the joint and that's a great thing for Bendigo,' he said.

"Obviously Miss Leonidas was very unlucky not to win a Group 1, but coming close in two and winning a Group 2 is a mighty effort

"Hi Stranger is black-type, St Edward's Crown is a black-type performer, and Super Girl finished third in the Ramsden, which is a black-type race. And then you have Nick Smart's Getting Leggie, who won the Brierly Steeplechase, which is jumping black-type.

"Considering three or four years ago we didn't have a black-type performer for some time, it's quite promising for Bendigo,"

Winners in all categories were voted on a 3-2-1 basis by three judges.

Trainer of the year: Kym Hann