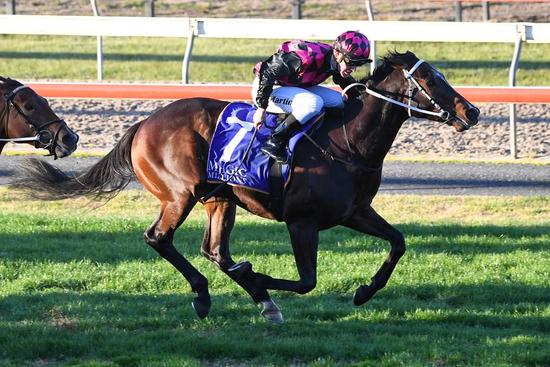 BENDIGO trainer Kym Hann has praised the toughness of Royal Tyke following his 1000-metre benchmark 58 win at Seymour on Tuesday.

The four-year-old gelding made it three wins from 20 career starts with another resilient performance on a soft 6 surface.

All three of the gelding's wins have come during his latest preparation, now spanning nine starts.

Only a narrow second at his previous start at Warracknabeal behind the smart Jarrod Robinson-trained sprinter Reard, prevented Royal Tyke from making it three wins on the trot.

The Written Tycoon/Royal Flirt gelding started his race career under Hann in August 2018 before a change in stables to Shayne Fisher at Warrnambool.

Following 10 starts and just one placing under Fisher during 2019, Royal Tyke returned to Bendigo and has thrived under the guidance of Hann, having won three races and been placed four times in nine starts.