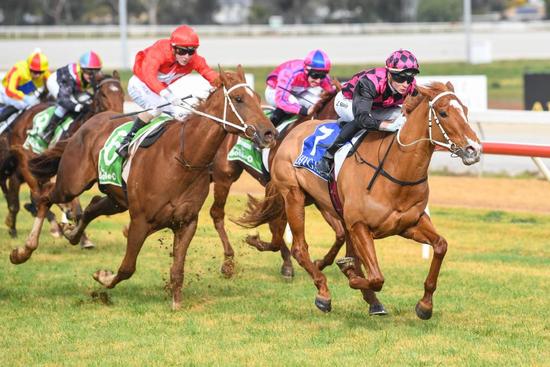 The three-year-old has had only one start for Hann, but has already earned the mantle as one his favourite horses following an impressive win on debut at Swan Hill this afternoon (Monday) with Zac Spain in the saddle.

Big Boy's Girl jumped well from barrier eight and raced on-speed before dashing clear in the straight to win by 1.5 lengths over the Austy Coffey-trained The Phanton Bantam, with Lowanna Magic (Paul Preusker) back in third. 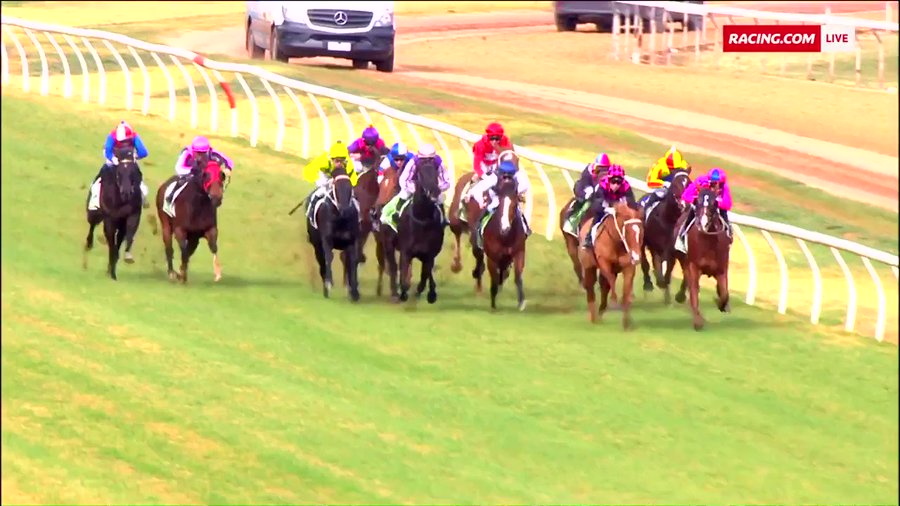 The highly-rated filly has already demonstrated plenty of the 'toughness' that Hann speaks of by overcoming a few niggling issues following her impressive trial win at Tatura in April last year, including the removal of chips from a fetlock joint.

"I just hoped she'd keep going - I didn't think she'd quite begin that good, but Zac rode her perfect. I am very happy," Hann told broadcaster Racing.com following the win.

"I've been wanting to get this horse to the races for a long time, she's probably one of my favourite horses in the stable."

"It means a lot to the owners, (she is) named after one of the main owner's late friend Daryl Patterson, so it's great for them and all the family.

"She's just a great horse to have around. She does have the ability - she's so determined and has so much will to win, which will take her a long way.Zac Spain gets the job done on Big Boy's Girl. Picture: RACING PHOTOS

"And she's just tough - she's one of the toughest horses I've got."

A win on debut at Swan Hill evoked memories of another of the stable's emerging band of youngsters Latenighttoughguy, who won on the same track and over the same 975m distance, at his only race start back in March.

Hann revealed the three-year-old gelding would trial at Bendigo next week ahead of a planned return to racing at Sandown next month.

In the meantime, the young trainer will continue to plot a path forward with Big Boy's Girl.

"I do think she will get out a bit further over time," Hann said.