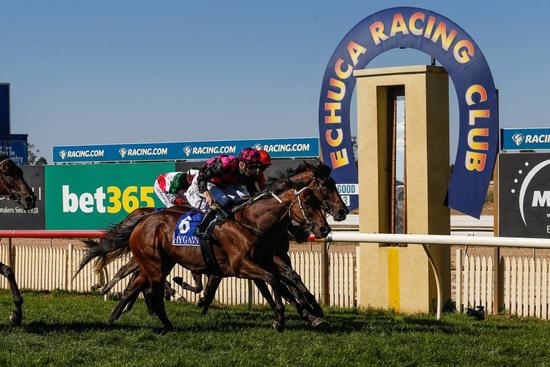 BENDIGO based trainer Kym Hann has solved the secret of winning big races.

Don’t go to the track.

His horse Glenrowan Prince stormed to victory in yesterday’s $80,000 Moama Bowling Club Echuca Cup over 1400m – and Hann was at the yearling sales in Adelaide.

On the Sunday before, Glenrowan Prince took out the $70,000 VOBIS Gold Eldorado over 1300m at Wangaratta – and Hann was in Adelaide at the yearling sales. 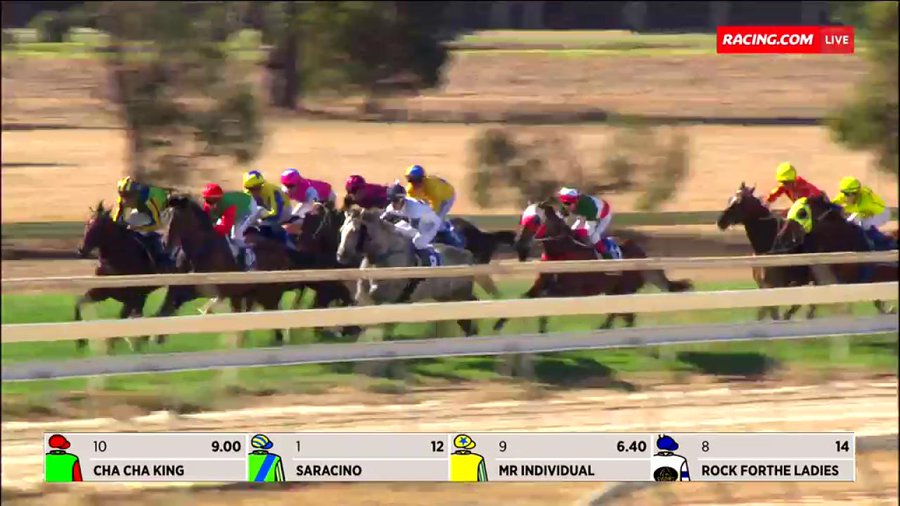 .@HTCoffey secures another country cup, but this time it's aboard Glenrowan Prince! What a great result for Kym Hann.

“I’m just going to train them from now on,” a delighted Hann said from Adelaide.

“And get someone else to take my horses to the races, that seems to be a pretty good plan right now,” he said.

But Glenrowan Prince’s back-to-back success was no fluke. Hann said he set the six-year-old gelding for both meetings “a long way back”.

He also believes he’ll be keeping Harry Coffey, who rides a lot of track work for Hann, in the saddle as he was on the horse in both wins, helping him push his career earnings to almost $400,000.

“I am just glad I have been able to repay him for his hard work with these two wins.”

Hann purchased the horse as a yearling and said he is a “genuine fighter” when he gets on the track.

“He’s a very tough horse, the kind every trainer would love to have, and when he gets on the track he just doesn’t want to give up,” he added.

“On the back of this form I’m not sure where he will go next – he was being aimed at a race in Darwin but this win will weight him out of that.

“There is a listed race at Caulfield in three weeks so we might consider that and I would love to get him into the Golden Mile at Bendigo next month.

“He’s never run the 1600m before but the way he ran today, jumping fast, settling well and so strong to the line, shows me he is ready to go the extra 200m.”

Coffey agreed and said the only problem he had with the race today was the early slow pace.

He said Glenrowan Prince wanted to go harder in the middle stages, and was really pulling.

“But once he got free as we straightened I just let him go and he did the rest,” Coffey said.

“To his credit he didn’t falter and he felt really good all the way around.

“This has been a big week for the horse and the stable and the horse was in top shape and I am glad I got both rides.”

For top jockey Michael Walker the Echuca meeting was a chalk-and-cheese experience after winning the Australian Cup at Flemington on Saturday on 50/1 shot Harlem.

It was a $1.5 million race and although he had six Echuca rides on Sunday he didn’t get an offer for the $80,000 Moama Bowling Club Echuca Cup.

But he picked up here where he left off at Flemington on Saturday, guiding highly-fancied Miss Damita to victory in the $22,000 Border Inn Plate over 1400m in the third on the card (but in the end Miss Damita would be Walker’s last ride, he withdrew from the rest of the meeting straight after and appeared to be struggling with the 38C heat).

Walker was happily philosophical about the change of venue.

“I’m a jockey, if someone offers me a good ride I’ll take it,” he said.

“I have ridden track work on Miss Damita for trainer Mick Price and thought she was a pretty good horse.

“This was her first start and I was pretty confident all the way around that she would win. She jumped well, travelled well and had a good position from the barrier.

“When we got clear in the straight she was always going to get there and I think she might develop into a very good horse although she still has a bit to learn, she is still very new to it all.”