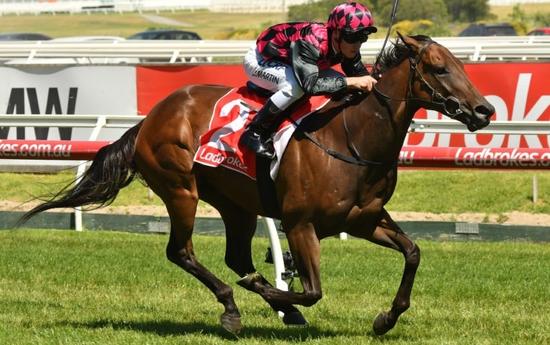 Glenrowan Prince is a special horse to Kym Hann and has given the young trainer the thrill of a first city win at Caulfield.

Hann, 29, cheered five-year-old Glenrowan Prince home in Saturday’s John Moule Handicap (1100m) and said it was a big thrill to notch a milestone win in town.

“He’s been a pretty special horse to us and this is my first city winner, so how good does it get?

“I saw a few of the fancied ones out wide and then at the 200 (metres) we got the leader off the bit. Gee, we didn’t stop screaming.

“It’s good to get this one off my back, my first city win.”

Hann, who has been based at Bendigo for the past six years has eight horses in work.

Saturday’s 1-1/2 length win over Kievann was Glenrowan Prince’s eighth from 24 starts in a career which Hann said had had its injury issues.

“We’ve had a lot of problems with him,” he said.

“He’s had two joint operations on both fetlocks. He’s done a hind suspensory. It only happens to the good ones.”